The final day! Today's angel is the other one from my Hand-Carved Nativity Set: 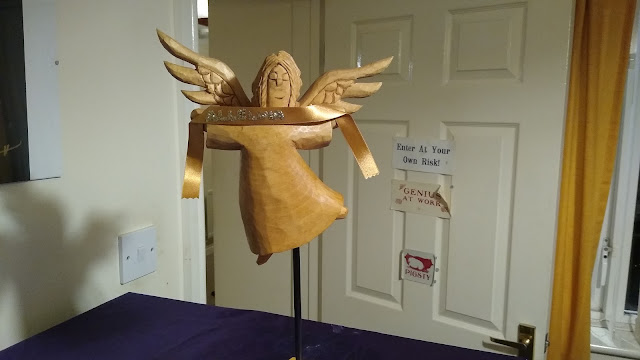 Christmas Day, the waiting is over, and the time to celebrate has come. Across the world, voices will be raised, and the invitation is made to all who believe to join together in worshipping the one that has come for our sakes. Sing, choirs of angels! We add our voices to theirs and with all who have ever answered the call of Jesus: "O come, let us adore Him, Christ the Lord!"

Posted by AlbertRoss at 09:18 No comments:

Day 24 - Angels from the realms of glory

Today's Angels are the final set from the White House School! 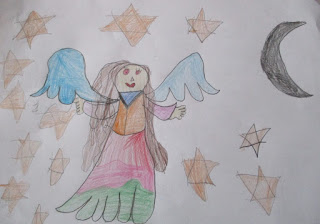 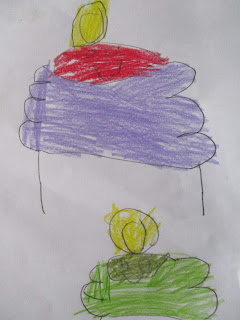 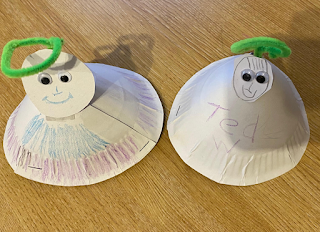 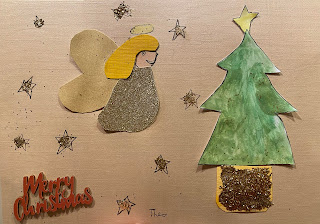 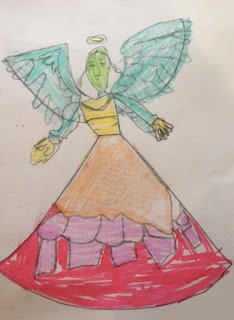 The angels, the shepherds, the Sages, Simeon and Anna in the temple; this carol gathers them into one, joining in the praise of Christ. The final verse, written later, though, is something to remember: "Though an infant now we view him, he shall fill his Father's throne" - we worship not a baby in a manger, but the Son of God, reigning with the Father, and the Holy Spirit - "Every knee shall then bow down"

Posted by AlbertRoss at 10:46 No comments:

Today's Angel is on the Banner outside St. Johns! 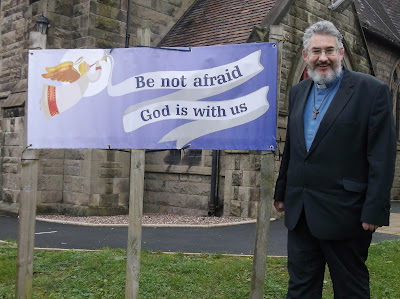 Is this in part what the Angels were there to do? To lead the whole of creation in singing God's praise? When Christ comes into the world, he comes not to condemn it but to rescue it; and the whole creation rejoices - "Heaven and nature sing", as Earth receives her King. Finally comes the Saviour, who rules with truth and grace, and this is a time for celebration - for Joy to the world.

Posted by AlbertRoss at 09:32 No comments:

Today's Angels are in Rowlands Pharmacy and Colour Supplies - there are also Angels in Fiona's Cafe, and Dodington Jewelers, but you may need to go inside to find them! 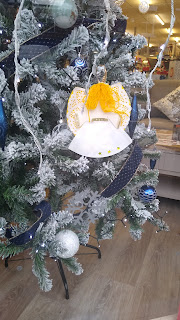 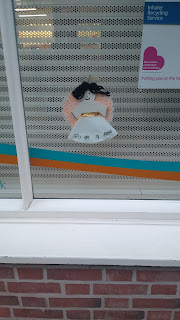 "Who have winter, but no Christmas" - words that somehow seem especially poignant as the inevitability of the restrictions of this year, those who mourn loved ones, the enforced loneliness of many, may seem to bite all the more strongly in the winter of 2020. And yet, there is hope: the hope that the Angels sang about, the hope that we are called to share.  We can add our voices to the heavenly host: "Praise to God, the Christ has come!"

The Video for today's carol is courtesy of the North Cheshire Methodist Circuit.

Posted by AlbertRoss at 10:41 No comments:

Today's Angels are more from the White House School. 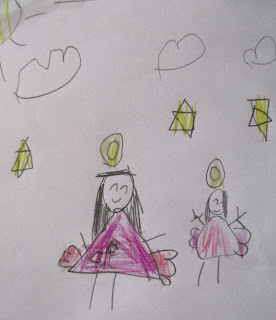 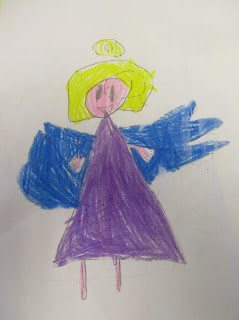 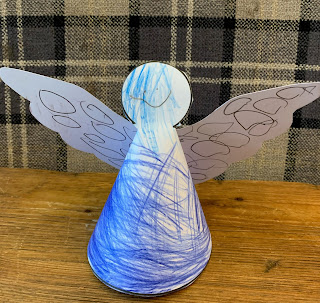 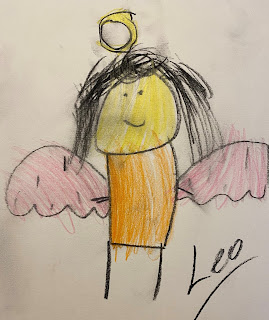 The Angels are sent first to the Shepherds, the ones who care for others; and Jesus calls himself the Good Shepherd. Just as they had protected their flocks, Jesus would protect his -at all costs. Blessed are the merciful, for they too will be shown mercy; and so, on this night, it is to those who protect the sheep that the Good News will first be proclaimed.

Posted by AlbertRoss at 09:19 No comments: 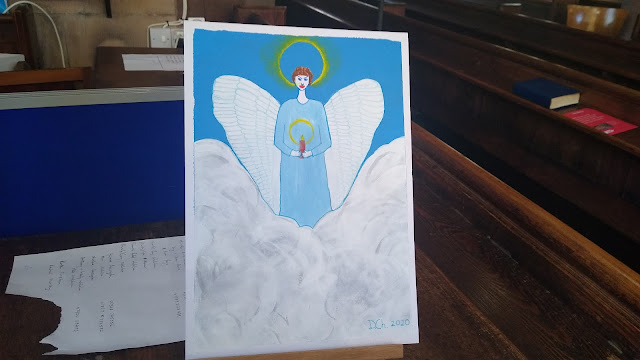 Today's Angel was painted by Dorothy Charlesworth, one of the members at St. Johns.

There they were, out on the dark hills. Gathering around the fire, keeping an eye and an ear open for the cry that meant that one of the flock was in trouble. Weather beaten, rough and ready types; handy with a cudgel to drive off raiders - human or animal - that might take a fancy to their Master's flock. It was a necessary job, but not a well-regarded one; when they went into town, smelling of unwashed wool and unwashed bodies, people tended to move away from them. Other than that, nobody bothered them, or paid them much attention. And then, in the sky, came a golden light. Dawn? Had the night passed so quickly? But it was in the wrong place. The light grew, a shape appearing within it, and terrified they threw themselves to the ground; and the voice came: "Don't be afraid! Good News! Go into the town, and find the Saviour: the Messiah is born! Find the stable, see the child!" And the light grew, and the trumpets sounded, and in wonderment the shepherds looked at each other as the sky above filled with Angels singing out their message of joy, of hope, and of praise.

Posted by AlbertRoss at 09:23 No comments: 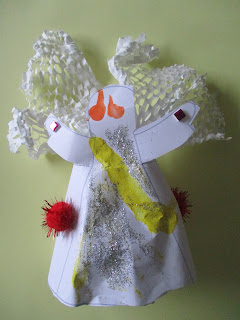 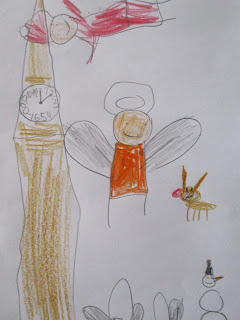 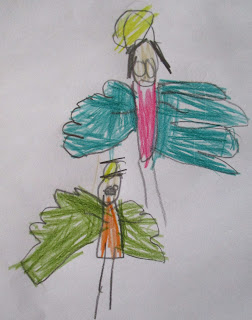 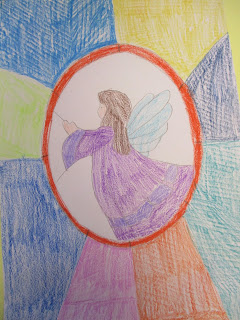 It's almost time. The ranks of Angels, forming up in the sky, but currently still hidden. Waiting for the moment, when they shall be revealed - not in their glory, but in God's Glory. Beneath them, the world is dark. Well, mostly. There's a fire or two, and in the distance a few glimmers that indicate a town. Sparks in the night, that will soon be dim in comparison to the light that will shine. One has the honour - one alone will appear and declare the message to those below, before all join in raising the song - that God's own Son is born among them. Soon, all will be glorious. For the moment, shrouded in darkness, they wait.

Posted by AlbertRoss at 09:45 No comments: